Are you currently involved in, preparing your organization, or, recently finished a merger and acquisition? How did it go? It was quite a whirlwind of an experience, right?

The pace of mergers and acquisitions has increased by almost 700% in the last few years. As a result, prominent organizational restructurings, which were rare once, have become pretty common. Yet, the success rate of the attempts is quite low. Here’s why.

These occurrences are commonplace, especially during the beginning phase of a merger and acquisition procedure. And managing them will hinge on effective workforce integrations or making accurate financial decisions to improve the organization further.

But here’s the thing.

Mergers and acquisitions aren’t all alike.

Each of them can vary significantly from the other concerning the scope of assets that must be transferred or shared between different entities. And truth be told, they have substantial implications when talking about SAP management.

That’s because SAP systems are extremely widespread and tend to operate in different sorts of integrations. As per a report, they aid in generating a total of 77% of the global transaction revenue throughout the world. So, most organizations, who partake in an M & A transaction, are usually forced to contend with a grave question –

“What should they do with all the SAP data that was the exclusive property of a company previously?” Let’s find out more about it.

In general, an SAP merger and acquisition procedure ends seamlessly due to the module being highly flexible and adaptable. However, most organizations encounter an issue or two while executing the technical tasks. The risks and challenges may include the following –

Whether your project is all about merging two separate SAP systems into one or initiating a technical carve-out – the procedure of transferring system and data from one entity to another is quite time-consuming and complicated.

For instance, before transferring, the data should be carved-out in a predefined sequence and technique to avert disruptions related to interlinked tables. Another problem can be the terms associated with the usage of SAP systems, which can be complicated on their own.

Data security is a critical issue that often arises when a third-party organization is partaking in a merger and acquisition. In this case, the business entities need to ensure that their internal procedures won’t be subject to unwarranted scrutiny.

Also, they will need to sign a paper where it must be clearly stated that their data needs to be protected adequately during the carve-out. .Not to mention the strict confidentiality around the SLA’s and M&A contracts. Experience partners in the SAP M&A space can be extremely valuable in these scenarios.

In some cases, it may be better not to transfer all the data from one organization to the other during the M&A process. After all, some business units might be operating there that shouldn’t be a part of the deal. Of course, the same goes for some specific data as well.

Consequently, you should also carefully identify and disentangle this type of data so that no one can “mistakenly” take it and hand over IP to their competition.

The purchasing corporation should receive each and every data set – not less, not more – that has been authorized by the law as well as the terms of the contract. The selling company must keep this data in a separate section prior to conducting the merger & acquisition.

This way, it will be easier for them to lower the complications and reduce the risk.

Note: Although these issues might not seem too difficult to handle, they may be a nuisance in and during a merger and acquisition process. And failing to manage them efficiently can end up exposing both the buying and selling companies’ liabilities to the public. Hence, it’s better to be careful and mindful of the whole situation.

How to Constitute a Successful SAP M&A?

Considering all the snags and difficulties that can potentially develop during a carve-out or a merger – what should you do to ensure success? Which steps should you take to complete the procedure correctly? The important steps of an SAP M &A process include the following –

Failing to go live within the estimated timetable can result in severe economic consequences for both the organizations involved in the process. Thus, it’s always recommended to ensure that the timeframe of the procedure is being met. This requires accurate scoping to ensure no surprises end up blowing up the budget.

Because the SAP modules are incorporated within an organization’s operational processes, it is a must to undo those integrations before you can migrate the data successfully. Once you’re done with the task, you can reintegrate SAP into your organizational infrastructure.

Step – 3: Separating the Required Data from the Unrequired Ones.

Finally, as the selling company, you must separate the data that you should offer to the buying company Selection criteria here becomes critical. What is it exactly that is being carved-out? A few company codes? A plant? It will help you avoid the confusion that may arise during cutover.

How Do You Select a Partner?

What should you seek in an SAP M&A partner? After all, it’s an essential procedure for both you and the purchasing organization. So, as a rule of thumb, you’ll want to find someone with a proven track record in managing critical M&A technicalities.

1: They are Transparent in Their Approach.

Before beginning with the merger and acquisition, your partner is supposed to offer an SoW or statement of work. It will outline different stages of the entire project, relevant timeframes, and other pertinent information.

If you want some other details, you can also request them to include the same in the paper. In case you feel like it’s looking perfect from every direction, both of the parties will sign it and begin with the M&A. There will be consequences if someone fails to adhere to the details.

Your partner should also take the responsibility of managing the entirety of the project. This includes coordinating with any additional 3rd parties involved. Ensuring project delivery organization will allow the project to be completed in a timely manner.

This includes not only the right expertise, but also the right tools for the job. There are SAP standard migration software (SAP LT) and other 3rd party migration software out there in the market. Understanding the differences in capabilities, can ensure you are selecting the best possible approach for your project.

The M&A partner should also perform technical analysis of the system to ensure it is scoped out correctly. This could end up costing you dearly if not done properly. At the end of the day, the deadline cannot be pushed. This will help build a detailed plan with enough buffer to avoid surprises.

SAP mergers and acquisitions can occur between two entirely different or similar entities. So, it’s quite natural that the core process isn’t going to be the same for most organizations.

Here’s what you need to know about it.

1: Buyer and Seller are SAP Customers.

If both the buyer and seller use SAP, the process is somewhat easier since both systems “speak the same language” per se. There are plenty of tools that can help extract data from a source system and import it into a target system. Sometimes, the buyer will accept running two separate instances of SAP before deciding to merge. Other times, they merge right away using templates that have been developed in the past. Regardless, it is a bit easier that dealing with a non-SAP source.

Licensing will also need to be considered. Are users being transferred? Are there different licenses that need to be resolved with SAP?

In this case it is typically a bit more complex, as 3rd parties will likely need to be involved to extract data from the non-SAP source (ie. Oracle) into flat files, which can then be imported into SAP. There is simply a bit less automation available, increasing manual effort. This can drive cost, but is ultimately a very common scenario.

Again, licenses needs to be considered. Adding users to your organization will require new contracts with SAP.

Regardless of what the future holds for the company, SAP will conduct an audit to learn more about the scenario. It will also NOT limit its compliance audit to the users either. Instead, it’ll take the opportunity to take a look at all of your use metrics, such as –

Larger acquisitions or mergers often take more than a few months of time, even when they’ve been announced publicly. It can be due to shareholder disagreements, regulatory delays, or political meddling. Sometimes, during this period, SAP may preemptively modify or update a term or two related to the agreements. It’s generally done to improve the overall experience.

But, in most cases, the organizations tend to be in a loophole due to the sudden change in the terms. It, in turn, might cost them a lot of money as well. Hence, even if your M&A is taking a lot of time, you must stay updated with the new modifications of SAP agreements.

Executing an SAP carve-out or M&A can be a tricky task for many organizations. Hence, before you go forward with something as dicey as this, it may be better to answer –

1: What’s Being Merged or Carved Out?

Whether it’s the company codes, a legal entity, a plant, or an intricate combination of everything mentioned, it’ll be essential for you to know exactly what’s in scope. This way, it’ll be much easier for you to separate the data that you want to sell to another organization.

2: What’s the Timeframe You’re Dealing With?

As a rule of thumb, a successful merger and acquisition procedure might take around 90 days to complete. A project with a little shorter timespan can be tricky to execute. However, it may still be doable if you have the right experience and partner.

Remember: Timelines are usually non-negotiable after the SLA’s have been signed. It’s also true in the case of an externally-driven carve-out scenario.

The answer to this question will determine the IT approach of the M&A or carve-out. In the case of an asset deal, the buyer will only be responsible for future liabilities. Conversely, the purchaser will take on all present, past, and future liabilities in a share deal.

M&As are always a time of corporate uncertainty and tension. However, with the relevant usage of market intelligence and the right approach, you can increase transparency and lower the level of unreliability. Also, having an experienced 3rd party advisor by your side can help create the right framework to negotiate with SAP and brief your stakeholders. So, make sure to choose the right partner for the job. Or else it might all go haywire!

END_OF_DOCUMENT_TOKEN_TO_BE_REPLACED 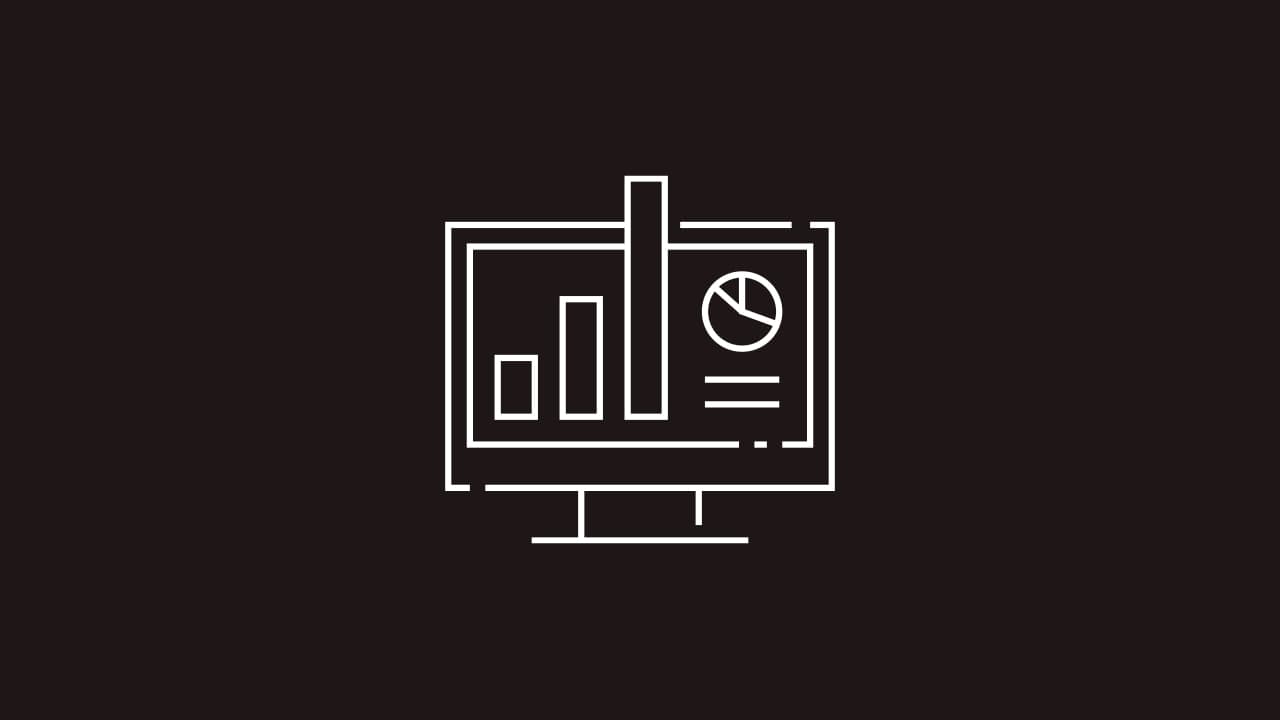 What is SAP S/4HANA? – Detailed Guide

END_OF_DOCUMENT_TOKEN_TO_BE_REPLACED

SAP Universal journal – ACDOCA | All you need to know