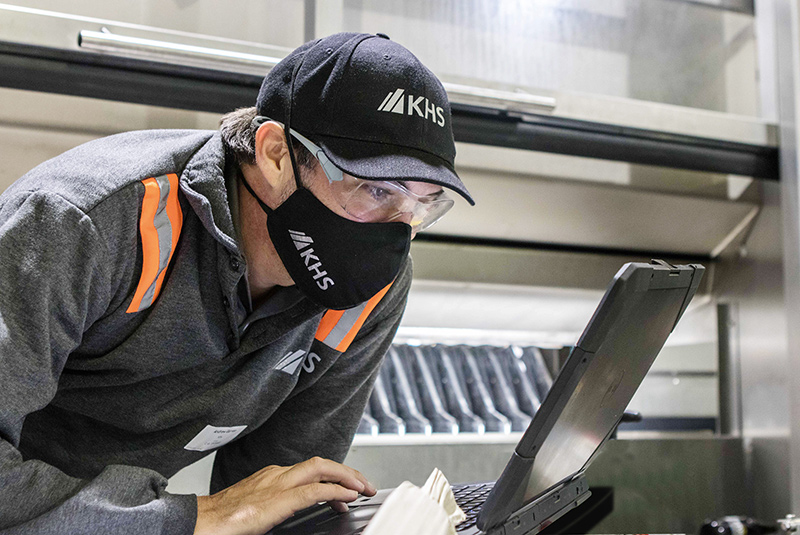 KHS is an international manufacturer of bottling and packaging systems headquartered in Dortmund, Germany. The traditional company operates worldwide and exports more than 90 percent of its production. KHS is part of Salzgitter AG. The Group launched a comprehensive roadmap program two years ago to consolidate the existing eleven different SAP systems. The requirement for KHS was to complete the conversion quickly and then optimize the S/4 system afterwards. Why is KHS planning the transition a little differently and much faster? This is due to the fact that the company is active worldwide. “We see ourselves as frontrunners. And one requirement was that we wanted to migrate the KHS Group subsidiaries worldwide to our new S/4 system. This means that, in the future, all foreign companies are to work with our ERP system, which will bring many advantages,” explains Martin Resch, Chief Financial and IT Officer at KHS.

Together with cbs, KHS carefully prepared the conversion, worked through various preliminary projects, and implemented the switch to the new SAP world in the record time of just twelve months. This is also remarkable because at the same time KHS massively slimmed down the old authorization concept from around 12,000 composite roles to 300 business roles.

During the successful go-live, a total of eight production sites, 34 company codes in four countries, and 39 sales organizations worldwide were converted to S/4HANA in the big bang. More than 4,500 users worldwide were affected by the transition. The system included all the SAP modules: FI, CO, MM, WM, PP, SD, CS, etc. and was converted in place over a regular weekend using the SAP Software Update Manager.

It all went very smoothly. “In a migration of this kind, continuity of business processes is the be-all and end-all. With this in mind, it was a perfect transition for us. All core processes in S/4 worked smoothly right from the start – with minimal downtime,” explains CFO Martin Resch. On the Monday morning, the users were able to pick up in the new S/4HANA system where they had left off prior to the go-live weekend; continuing to work on the same purchase orders, deliveries, invoices, and projects.

“KHS is thus well on the way towards digital transformation, and the foundation for the KHS Group has now been laid,” says Chief Financial and IT Officer Resch.